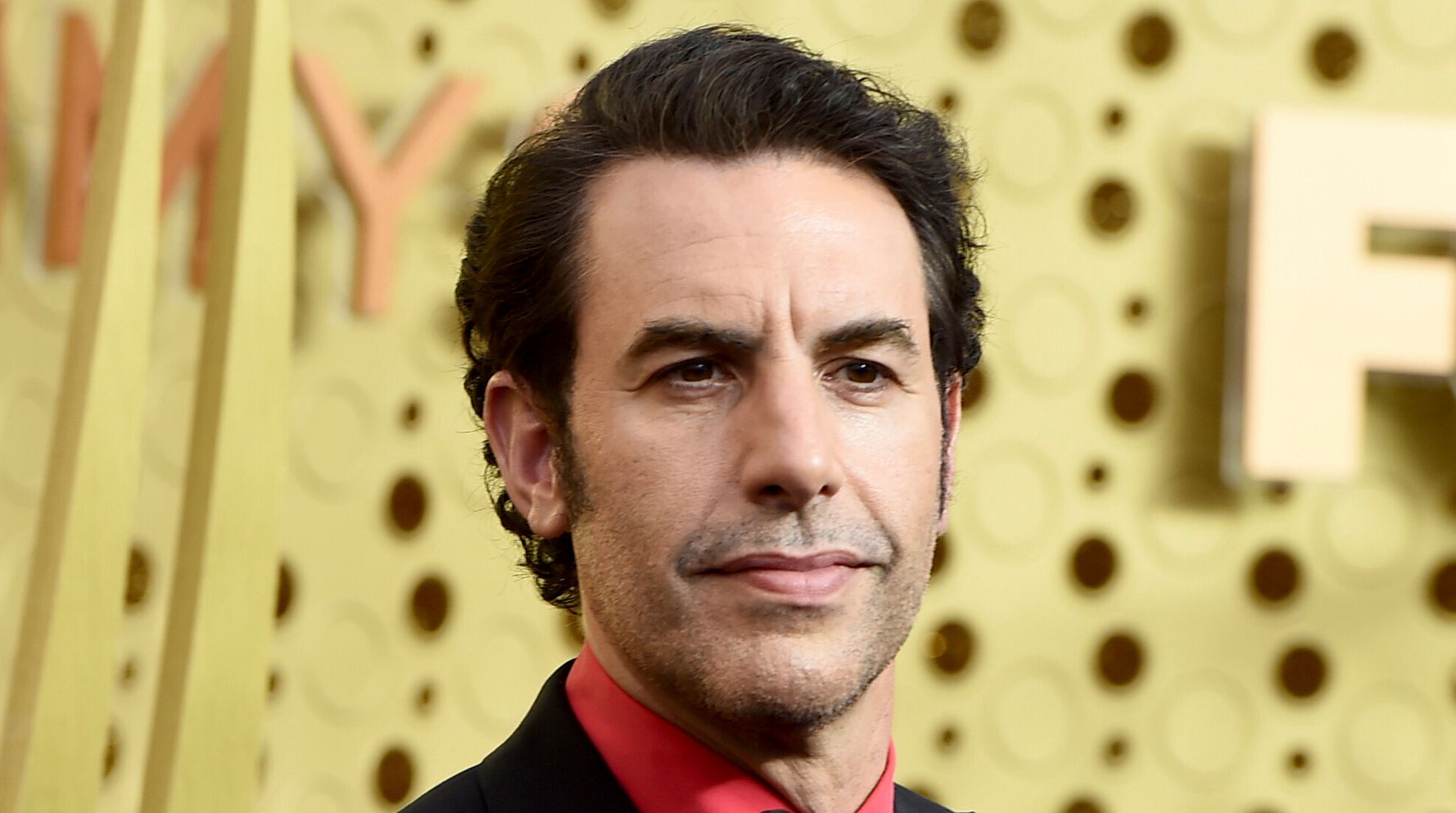 Sacha Baron Cohen pranked right-wingers at a rally in Olympia, Washington, on Saturday, by performing at the event in disguise and leading attendees to join in on a racist singalong with lyrics about liberals being “injected with the Wuhan flu.”

The comedian and creator of the political satire program “Who Is America?” infiltrated the pro-gun “March for Our Rights 3” rally on Saturday, social media posts first revealed and Variety later confirmed. By first posing as a sponsor and filling the rally with his own entertainment and security staff, Baron Cohen was able to pull off the stunt without being removed from the stage, organizers said.

One of the event’s organizers, Matt Marshall ― the founder and former leader of the Washington Three Percent, a group aligned with the far-right militia movement ― posted on Facebook that the intruders presented themselves as a political action committee that offered to pay for the entire event.

The group reached out a week before the rally, Marshall told NPR, and provided funding for event costs, including decorations, a headliner and its own security team. At the last minute, a bluegrass act was added to the lineup, which organizers were too busy to vet, said Marshall, who was also the emcee at the rally.

In videos, the overalls-clad performer is heard singing about former President Barack Obama, former Secretary of State Hillary Clinton and director of the National Institute of Allergy and Infectious Diseases Dr. Anthony Fauci, suggesting that they be injected with “Wuhan flu” and that coronavirus is a “liberal hoax.” He also mentions chopping up members of the World Health Organization “like the Saudis do.” Some in the crowd are heard cheering, clapping along and chanting back the lyrics to the song for several minutes.

According to James Connor Blair, a city council member in Yelm, Washington, Baron Cohen’s security then blocked organizers from pulling him offstage or unplugging the power and “after the crowd realized what he was saying, and turned on him, his security then rushed the stage and evacuated him to a waiting private ambulance that was contracted to be their escape transport.”

The Washington Three Percent said in a Facebook statement Saturday that its members were “were appalled at the performance of an entertainer adorned in clown-face, who ― much to our group’s mutual repugnance ― voiced a series of racist and antisemitic jokes and songs, while on the stand.”

“Our ranks enjoy the membership of every race, religion, and creed, and such despicable behavior is NEVER allowed within our group, and if it ever arises, it causes the immediate dismissal of the perpetrator.”

The group issued an additional statement Sunday stating that it was not the organizer of the rally, but “we do give our 100% support to this event and will continue to support similar future events.”

“The juvenile prank Cohen had orchestrated and his racist bigotry does not reflect the sentiments of the event organizers or the Washington 3%,” the post said.

Many speculated that the stunt was meant for the “Who Is America” show, described as Baron Cohen’s take on American patriotism, which in its first installment duped several political figures into revealing disturbing beliefs.

Representatives of Baron Cohen did not immediately respond to HuffPost’s request for comment.