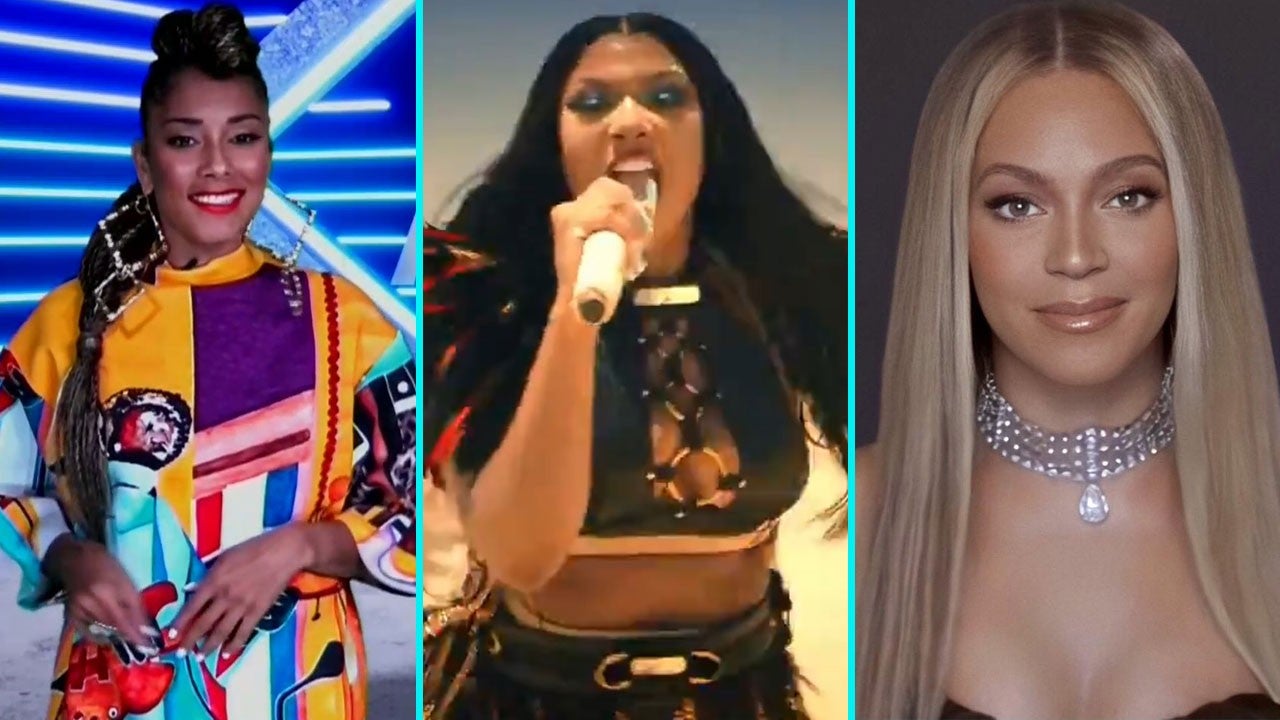 This year’s BET Awards marked the 20th anniversary of the awards show, and the network made sure it was a memorable milestone. Despite having to tape remotely, the 2020 BET Awards provided many moments that we’ll not soon forget.

Helmed by host Amanda Seales, this virtual awards show kicked off with a powerful opening segment and kept the energy and emotions running high with some touching tributes to late stars, including Kobe Bryant and Little Richard.

From moving performances to inspiring speeches, here’s a look at the most memorable moments from the 2020 BET Awards.

Seales introduced the show with an opening monologue — set on a digitally modified virtual stage — and explained the importance of this year’s show: “I must admit, this BET Awards is a little different. Main thing is, it’s virtual. We’re getting real in touch with being real inside. Because outside is on one. It’s got COVID and cops and Karens gone wild. It’s like we hated on 2019 so much, it called its brother, 2020, to come through and provide a collective Molly whop. And that’s precisely why we had to do the awards. Because we deserve a break.”

Maybe the best example of how pretaped performances could be the future of coronavirus-impacted awards shows, Legend performed his emotional tune “Never Break” on a piano set up inside a quasi-apocalyptic warehouse for one of the most visually captivating musical numbers of the night.

For a remote show with stripped-down production, some of the musical performances really made the most of what they were given. This was especially true for D Smoke and SiR’s performance, which began with militarized police marching past a burned-out car in the middle of a tattered city street, and featured production design that spoke to the protests against police brutality that have been ongoing for weeks.

The “Hot Girl Summer” rapper raised the heat even higher with her Road Warrior–inspired performance of “Girls in the Hood” and “Savage Remix,” which saw Megan out in the middle of the desert, decked out in black leather and surrounded by other warrior women of the sand dunes. Rusted-out cars and spike-filled buggies made this one of the best postapocalyptic settings in any music video in recent memory.

The music video opened on a shot of DaBaby getting arrested by a cop who is kneeling on his neck, while rapping the opening lines of the remixed track, which directly evoke the protests and struggles against police brutality and racism that have been going on for weeks. The performance moved on to a scene of protesters holding Black Lives Matter signs and wearing shirts emblazoned with “I Am George Floyd” in front of a burned-out cop car. It didn’t pull any punches when it came to confronting the frustration, fear, anger and pain that embody the movement.

Brady honored the music legend with an energetic, wild performance of some of the icon’s biggest hits in a pretaped number that was the perfect amount of kinetic and fun to properly honor Richard’s memory. Decked out in a shimmering, golden tux and joined by two backup dancers — one wearing a golden face mask — Brady danced through a bar and out into the streets, singing Richard’s most famous tune, “Tutti Frutti.”

The 37-year-old rapper paid tribute to the late NBA star when he closed out the awards ceremony’s In Memoriam segment with a performance of his 2009 song “Kobe Bryant.” Videos from Bryant’s legendary career with the Los Angeles Lakers played as Wayne rapped, “This is Black power status / Two fingers for the Mambacita / I’m screamin’ Black Mamba matters.”

In one of the most powerful moments from the show, a number of celebrities including Viola Davis, Sterling K. Brown, Courtney B. Vance, Misty Copeland, Quincy Jones, Spike Lee and many others, solemnly spoke the names of murdered Black men and women who were victims of racism and police brutality in American history — including Eric Garner, Rayshard Brooks, Trayvon Martin, Tamir Rice, Breonna Taylor, Emmett Till, Malcolm X among a tragically long list of others who’ve lost their lives to bigotry and hate.

The former first lady had nothing but love for the singer as she virtually presented her with the night’s big award. “No matter how big the stages get, I know my girl isn’t satisfied unless she’s sharing all that shine she has with the next generation,” Obama said of the artist. “She’s always turning up, looking out, and making us all a little bigger, better, a little more fierce. And she’s doing it all while staying devoted to her children and the loved ones she holds dear. So to my girl, I just want to say, you inspire me. You inspire all of us.

ET spoke with host Amanda Seales last week, and she opened up about how the challenges facing Black Americans would play an important role in the show.

“We are seeing artists who are very seamlessly and organically bringing in what’s happening in the world into their performances. And I’m doing the same thing with my comedy and my hosting,” Seales shared. “So really what we’re going to do is what exactly is expected of Black folks. We are going to speak and perform from the natural space where we are right now as Black Americans.”

“For other networks and other shows, it might require a lot more thought process, but for a Black music show, Black music has always been intrinsically connected to what’s going on in Black lives,” Seales explained.

Check out the video below to hear more.

The BET Awards Turn 20: The Most Memorable Moments Over the Years